About Me, Life Lately

Summer 2019 will go down in history as one of the busiest summers our family has experienced thus far, here’s a recap of my life lately.

Between the three girls (and me on the coaching staff of my youngest’s team) we had 15 straight weekends of softball tournaments. We traveled all over the place, but mostly in our own province of Ontario. We were in Brampton, Halton, Barrie, Cambridge, Drumbo, Mississauga, Milton, Stratford, Columbus (Ohio), Windsor, Cobourg, Chatham, Windsor (again), Montreal (Quebec), and Charlottetown (PEI).

It was pretty exhausting – packing up to spend the weekend at the ball diamond in a different city every Friday morning, unpacking every Sunday night, washing the ball uniforms and getting groceries for the week, being home for 4 days, going to midweek league games and practices, then packing up the next Friday morning all to do it all over again.

I didn’t make running or fitness my priority – I gave myself permission to just try and survive each day and somehow keep up with my workload at work. (I pretty much failed at the keeping up with work part).

It was all very worth it though! Each of the girls teams ended up in final medal games late on Sunday afternoons in every single tournament they played in – their medal haul this summer was quite impressive!

Here’s a summary of their results from their grand championships:

(I didn’t bother listing out all of the individual tournament results).

During all of this I was also being screened for cancer. 🙁

One morning in early June, while I was putting up my hair in a pony tail I noticed that the fatty area at the base of my neck was fatter on my left side than on my right side. I pushed around with my fingers and found a lump about the size and shape of Mike & Ike (long skinny jelly bean). I visited my Doctor and she confirmed that there was indeed a swelling there – I had a swollen lymph node (the Doctor tells me it’s a swollen supraclavicular lymph node). My doctor then sent me for an ultrasound of the lump, then I visited her for the results, then she sent me for a mammogram, the Radiologist called me back a week later for a follow up mammogram and breast ultrasound. And then I waited….

Do you know how hard it is to make plans for the future when you’re being screened for cancer? I was being pressured to apply for a head softball coach position but I didn’t feel right committing to that if I was going to have to spend the fall going for treatment.

I waited about a month for my results and it was excruciating.

I didn’t tell many people about the testing, so no one knew what I was going through. I felt scared so I backed away from everyone. I kept my thoughts to myself but I was worried sick – there were many nights I let my thoughts get the better of me and I cried myself to sleep. I was the most worried about who was going to keep the house clean for my family? How would they cope? Would I still have to do the house work while sicker than a dog from the treatment? How would the girls get to their sports?

My doctor was on vacation and her receptionist said I had to wait until she was back in mid-September to get my results. Despite the Radiologist and my Doctor both insisting that I get in for the testing ASAP, I was going to have to wait two months for the results. I eventually called the Radiologist and begged for my results, they reluctantly agreed to release them to me but I had to sign off on some release form to get them. So I did.

My results? 3mm benign tumors in my each of my breasts, in almost the same spot on each breast. It’s great news but that doesn’t explain the swollen lymph node…

Back to School & Back to Hockey

Softball is done now, (ok that’s not entirely true, we’re in the midst of softball tryout week for next year’s teams, but it’s mostly done), so now the girls are back to school and back to hockey:

This means our lives are back to a routine – no more 4 day work weeks trying to work a full workload, no more driving kids to and from summer camps all over town. We’re just work, school and hockey.

Now that I’m not ridiculously busy, stressed out and worried, I can get back to being active and making sure I don’t over eat and scale back on my drinking, stay tuned for my “Fit By 45” plan!

How was your summer? Did you get to go on a vacation? 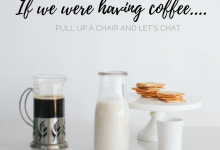 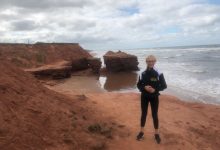 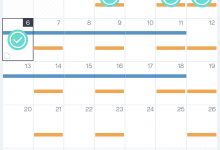 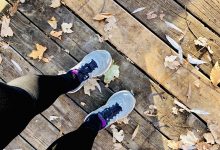 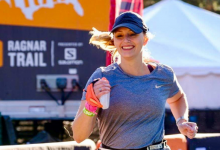 Took some time off for an injury, then struggled t
This is starting to be a habit... 8k morning run c
Fast 8k run with my new shoes!! 💕💕💕 made
A great 12k done! What a difference the right fuel
Happy #globalrunningday
#mutedbutlistening #blackouttuesday
12k this morning brings me to 140k this month, wel
Another run 🏃🏼‍♀️ done. My goal for th
Today is a much needed recovery day after a hard t
So with LOTS of time on my hands today, my awesome
Today’s 10k run actually felt easy! I took it sl
Got caught in the rain ☔️ on this run but hey!
With today’s run with my girl, I’m half way to
Another run in the books, and another 5k closer to
Trying to make the best of these circumstances by
Seen on my Saturday morning “long” run. I made
Slowly getting back into running shape. My goal fo
No makeup, no filter, sweaty 🥵 selfie. Great wo
Post run & ab burnout glow. Not having to commute
Week 1 Day 1 of my 12 week training for Rugged Ma
0shares